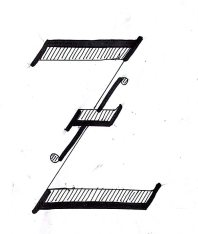 The kitchen is closed in the JP household.

It’s The Aunt’s bed time and she’s preparing for bed. She brushes her teeth, washes her face, ties her hair into a tight braid, changes into her night gown and jumps into bed.

Then she waits for blissful sleep to enfold her in its warm embrace. She waits….. and waits……!

And tosses and turns. Sleep eludes her as usual.

Beside her, JayPrakash Uncle, who has got in between the sheets half an hour later than The Aunt, is already out cold, the instant his head hit the pillow. JP Uncle is a fast sleeper, a deep sleeper and ……… an incurable snorer!

First he goes zzzzzzzzzz……….like an Indian pressure cooker. Then the snore gradually builds up into a gentle roar and finally turns ferocious with grunts in between for better effects.

The Aunt says “Sssssh” And he does stop. Then he’s off again. Now he goes mmmmmmmmm ……. it’s the hum of bees – lots of bees! At first a distant hum then gradually the bees seem to come closer home and the humming grows in volume.

The Aunt sighs and prods him with one finger. The Uncle obediently turns over and stops snoring. She has him well trained. But only for a few seconds.

The snores begin again. This time it’s a whistle followed by hissing and rattling. It’s like trying to sleep with a rattlesnake!

The Aunt gives up and gets out of bed. She pads into the living room and prowls round the room restlessly. She reads, she plays solitaire, she watches some TV. She mentally plans what to cook for breakfast the next morning.

When she gets back to bed after half an hour or so, for her second attempt at courting sleep, The Uncle is lying flat on his back, his mouth wide open, deep rumbling sounds emerging from within the caverns of his stomach.  Not unlike the rumbling of thunder – sometimes near sometimes far.

The Aunt buries her head beneath the pillow and at last falls asleep!

JP Uncle is in the living room, reading the newspaper. His hair is gently ruffled and his eyes are sparkling. He has the bright, cheerful look of a well-slept man.

The Aunt staggers into the room like she’s had one too many. Her red droopy eyes, her puffy face and her unsteady gait say it all – a sleepless night!

The Uncle looks at her above the edge of the newspaper.

The Aunt opens her mouth and lets out a long yawn.

The Uncle says, “I think it’s because of all those stupid TV serials you watch. All that drama. Not to mention the noise!”

“At least that noise I can stop by switching off the TV.” says The Aunt. “But what about the noise you make?”

“What noise?” demands The Uncle lowering the newspaper and preparing to battle it out.

“Your snoring of course!” says The Aunt.

The Uncle gives the classic reply of all snorers. “Me? Snore? What rubbish! I don’t snore! I never snore!”

“Oh yes you do!” asserts The Aunt sourly. “and it’s enough to keep the dead awake!”

The argument continues for some minutes with neither budging from their stance.

Finally The Aunt gives up and fiddles with her mobile.

There is silence for some time.

The Uncle is startled and looks across at his wife. She is engrossed in her phone and appears not to have noticed the sounds.

“Do you hear those funny noises?” he asks her. “Sounds like dogs or some thing. Do you think the neighbour’s dog is outside our door?”

“Neighbour’s dog?”says The Aunt. “No, I don’t think so. And it’s not outside our door. It’s inside!”

“What, where, how….” asks The Uncle looking around agitatedly.

The Aunt brandishes her mobile triumphantly. “It’s a video of your snoring,” she informs him. “I recorded it last night!!”

This is the 26th in the series The Adventures of the JP Family as part of the A to Z Blog Challenge 2019.

You can find the rest of the Challenge here –